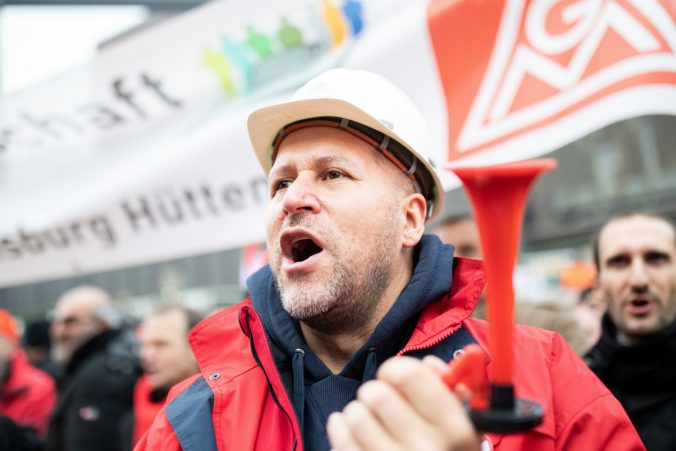 Thousands of Thyssenkrupp steel workers in Germany on Tuesday protested against planned job cuts, accusing bosses at the struggling conglomerate of mismanagement after a failed merger bid with Tata steel.